To those of you who visited my photo exhibit in April, thank you so much for coming and for the kind comments you left in the guestbook.  Several of you mentioned that you would be interested in purchasing prints for your homes or offices.

Here is a link to the order form and a preview of the photos below. 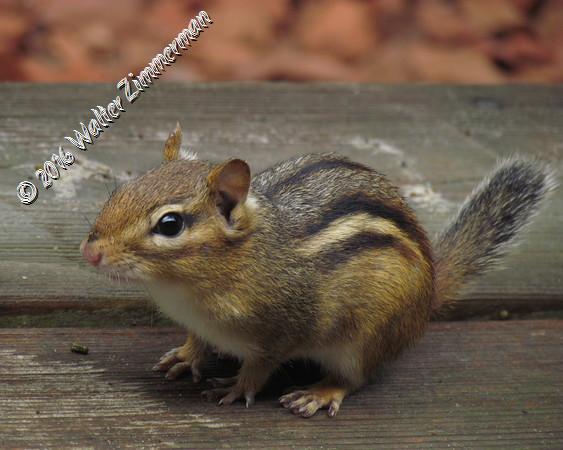 I have enjoyed observing chipmunks since early childhood, introduced to this beautiful (okay, how about “cute?”) animal by none other than Walt Disney’s Chip ‘n Dale. This particular friendly chipmunk posed for me for several minutes on the front porch of our rented cottage while my three young, urban grandchildren looked on, enthralled. 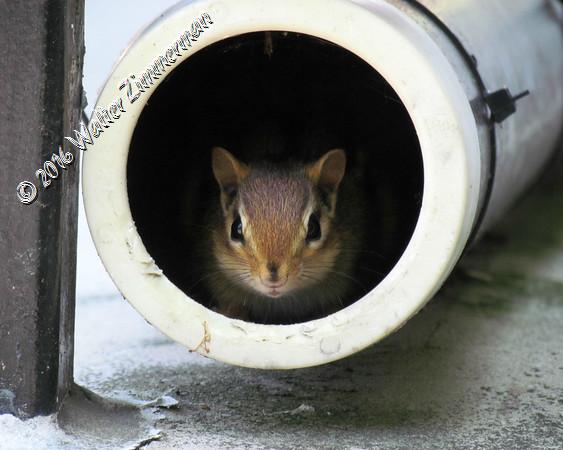 
I spotted this lovable chipmunk following a tour of the Rush Rhees Library at the University of Rochester which was provided to my wife and myself by none other than Mary Ann Mavrinac, Vice-Provost and Dean of the University of Rochester Libraries who was formerly my colleague and the Head of The D. B. Weldon Library.  This chipmunk posed for me for three minutes while I tried different compositions and he or she, like “Chip,” also showed no fear of humans. 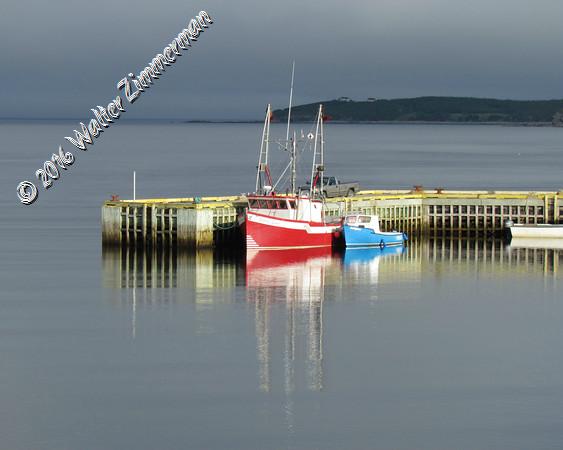 Waking up on the western coast of Newfoundland early one morning near the end of a 10 day tour of Newfoundland and Labrador, I went to my window in the aptly-named Ocean View Motel and saw this scene so I quickly got dressed, grabbed my camera, and took this calming photo. (My son in New York loves this photo so much that he has an even larger copy of it hanging in his living room.) If you have never lived in or even visited the province that is both the newest, joining Confederation in 1949, and oldest, in terms of “discovery” by European explorers, do yourself a favour and visit it. 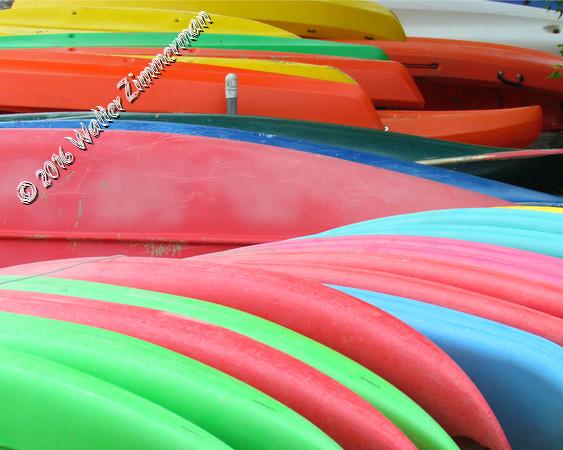 G04 - Canoes at the End of the Season

Two years ago, I won a national contest for a two day vacation at one of the finest resorts in Canada (and site of the 2010 G8 Summit.) If I hadn’t,  I would never have seen these canoes in their wintering pose at the end of the summer season. I loved the colours and pattern they presented. 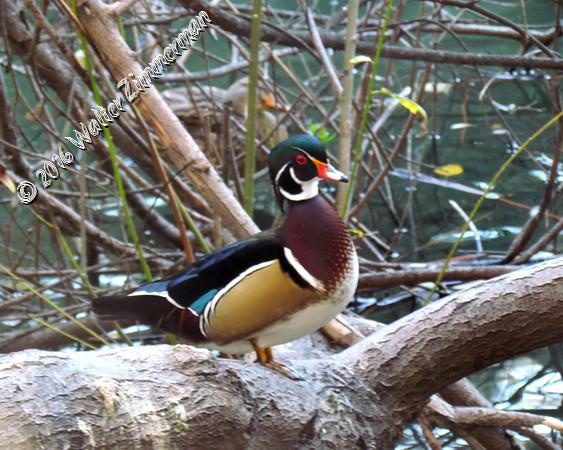 The Wood Duck is a monogamous species of waterfowl which has come back from near extinction in the early part of the 20th Century. Franklin Canyon Park, located in what is literally the centre of Los Angeles (geographically speaking,) is home to about a dozen pair of these beautiful birds to which my wife and I were introduced by our daughter who lives in LA. A little known fact about this park is that it has been the setting for literally dozens of Hollywood films and television programmes including Star Trek, How the West Was Won, On Golden Pond, Bonanza, Sons of Anarchy, Dr. Dolittle, It Happened One Night, the opening credits of The Andy Griffith Show, and the 1954 film, Creature from the Black Lagoon. An average of 25 films a year use this park as a setting for at least part of the film. As indicated in my biography for this exhibit, I am the volunteer photographer for Temple Israel of London.  Each fall, right after the High Holy Day of Yom Kippur, Jews are commanded to spend a week living, or at least eating, in an open hut called a Sukkah.  This is the basis of the holiday of Sukkot and I was taking photos during the construction of the Sukkah when I looked up and saw this tree with its mixture of green and yellow leaves and thought it was worth a shot.  I hope you enjoy it. 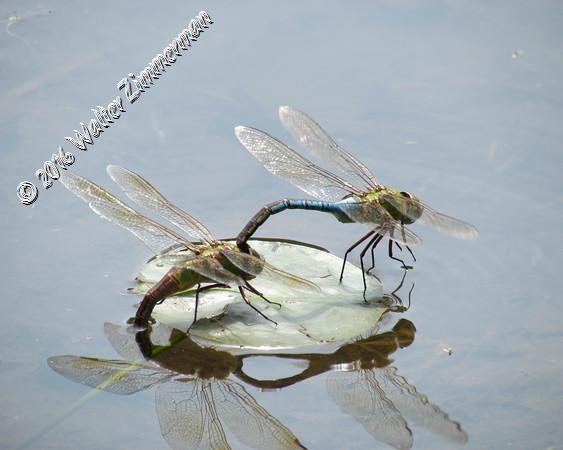 Pinecroft Studio [ http://pinecroft.ca ] is (a) a pottery studio, (b) a gift shop and tea room, (c) a bed and breakfast, and (d) a quiet place in the woods in Aylmer, a 35 minute drive southeast of London in rural Elgin County. It is open to the public for lovely walks in the woods or sitting by the pond (sorry - no picnicking) from March/April until late fall. The pond has bullrushes, lily pads, swans, ducks, and, at least on this day, dragonflies. Like the chipmunks, the dragonflies are willing subjects and will let you shoot to your heart’s delight. Shortly before putting the final touches on this exhibit, my wife introduced me to a TED Talk entitled “Hidden Miracles” by Louie Schwartzberg about how high and slow speed photography makes it possible to understand our world better. Among things I learned from this 7 minute video are that dragonflies can can hover, fly backwards and upside-down, and can even move all four wings in different directions at the same time. I encourage you to see this TED Talk and if it is your introduction to TED Talks, then so much the better. 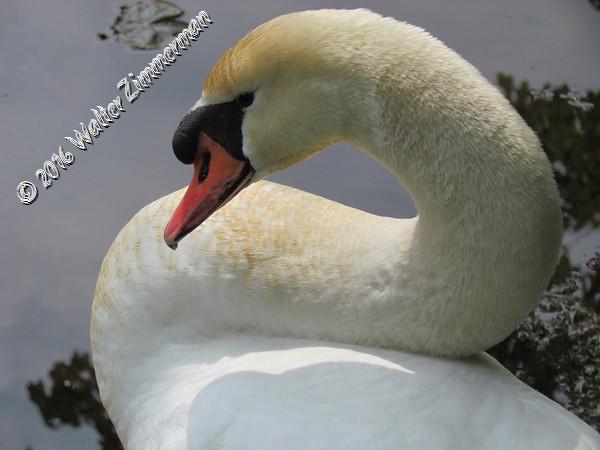 Also taken at Pinecroft, this swan, like the chipmunks and the dragonflies, was a willing subject. The photo was taken about half an hour after the photo of the dragonflies and I loved the way the lower neck rests on the body so peacefully. Linda and I try to spend an afternoon at Pinecroft each year and we begin with a lovely lunch, served in the Green Frog Tea Room in or on pottery made on site, followed by sitting by the pond, reading, sketching, and taking photographs, a lovely way to pass time in a beautiful nature setting. 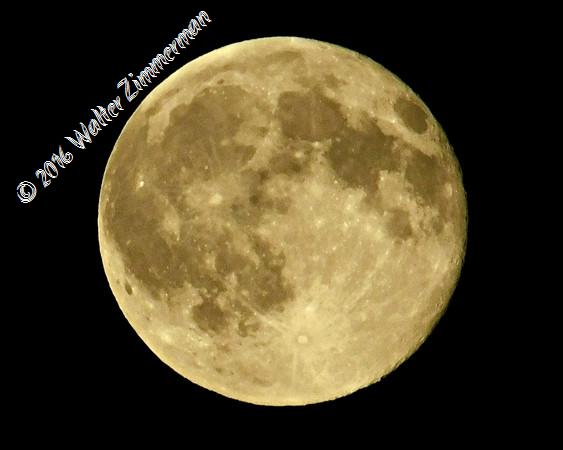 This was my first experience taking a photo of the Moon with this camera and the “Moon Mode” is one of the reasons I love using this camera.  It works with full Moons, crescent Moons, and eclipses, making it easier to frame the shot as well as providing sharp crater images and colour correction, right in the camera. 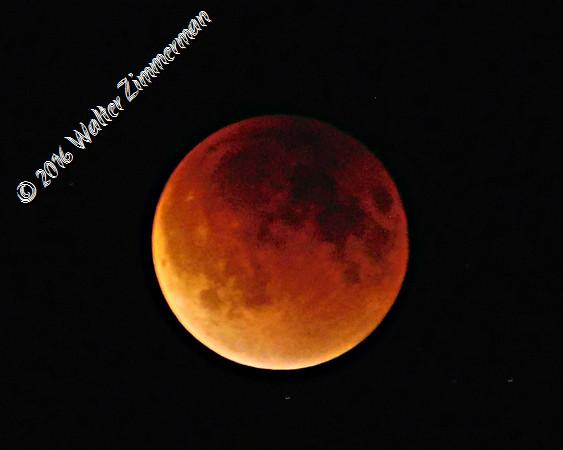 This was my second experience shooting a full Moon with this camera and this time, it was also a lunar eclipse but more than that, it was last fall’s “Blood Moon” full eclipse.  I set up my tripod in my sister’s driveway in a Boston suburb and used the “Moon Mode” to capture this shot at totality. I think the name “Blood Moon” makes more sense to me now. This photo was selected as the Photo of the Day by CTV2 London and it also appeared in the Brookline TAB newspaper in Massachusetts. 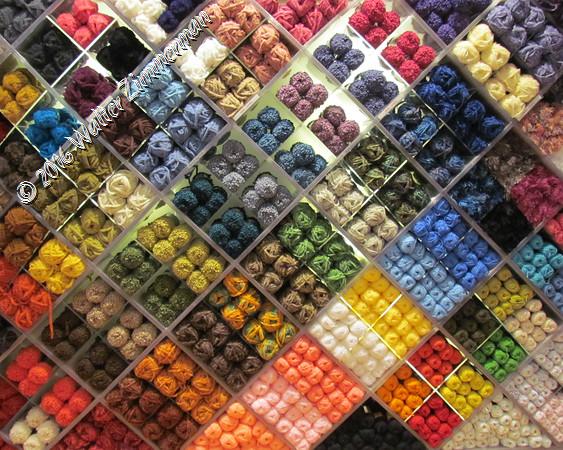 I do not knit but Linda is an amazing knitter and goes on “yarn crawls” to out of the way yarn shops. This one is located on West 15th Street in lower Manhattan and while Linda shopped for yarn, I enjoyed my hobby. I have taken similar photos in France and Switzerland but this one is my favourite. Linda thinks the colour palette is similar to the next photo so they are paired in this exhibit. 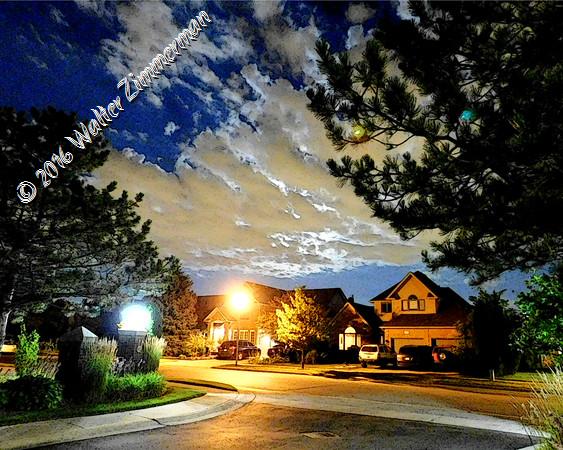 This photo was taken during the first month I had this camera during a full Moon while the Moon had temporarily disappeared behind some clouds in front of my home.  I had already taken some photos of the full Moon using the camera’s “Moon Mode” setting which allows easy zooming in and out, up to 38 times optical zoom, and also a selection of colour options.   See photo #9 for the full Moon taken a few seconds earlier.  Without changing any settings, I shot this streetscape across from my house and was pleasantly surprised by the result. 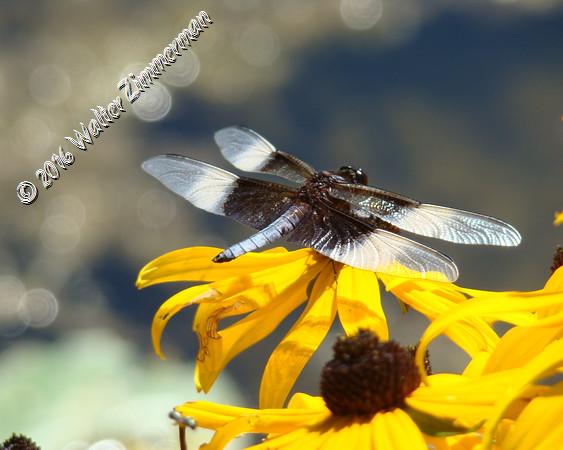 (This is for fans of dragonflies.  It was taken in 2008
at Pinecroft Studio, the same location as G07, prior to my retirement.)


For your convenience, here is the link to the order form.

Thank you for your interest in my photos.

Thank you to all the people who have visited the exhibit so far.
I have enjoyed reading your comments in the guestbook,
and I also appreciated the opportunity to meet with those of you
who came by while I was in the Spencer Gallery.
If you are interested in purchasing any of the photos, please e-mail me at
walter.zimmerman@gmail.com
and I will be happy to provide prices for the photos, either framed or unframed.
An online order form will be coming soon.
--
Thanks for waiting.  The order form is now ready.  Here is the link:
http://tinyurl.com/WEZPhotos
Posted by WalterZed at 7:43 PM No comments: 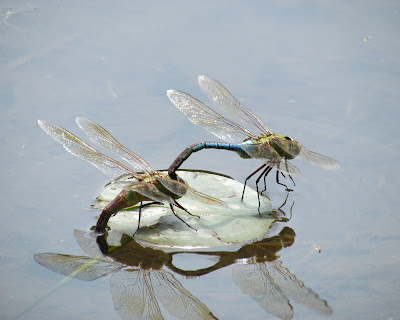 Welcome to my photosite, created in March in conjunction
with the opening
of my first solo photographic exhibit in

The show is entitled

and consists of twelve photographs taken since 2010 with emphasis on nature photos but also including other subjects.

Here is a brief bio, written for this exhibit:

Walter Zimmerman was born in Brookline Massachusetts in July 1947. He and his wife, Linda, moved to London Ontario in August 1969 following their graduations from Brandeis University with Walter’s BA in economics and Linda’s in Fine Arts. Walter began his photographic hobby in 1964 during a six-month trip to Israel and continued with more serious photography, using twin lens and single lens reflex cameras for candid yearbook work while at Brandeis. Five of his photographs taken as the photographer of Temple Israel of London appeared in an issue of Reform Judaism magazine which at the time had a circulation of 300,000 across North America. Walter studied library science at the School of Library and Information Science at Western, receiving his Master of Library Science in 1971. He began his 38-year career as a librarian at Western, beginning as Administrative Assistant to the University Chief Librarian but mostly serving as a Reference Librarian, Online Services Librarian, and a Subject Librarian from 1974 until his retirement on January 1, 2010, as Librarian Emeritus.  Linda and Walter have two children and three grandchildren who live on both coasts of the United States, providing many opportunities for grandparenting and also for photography. 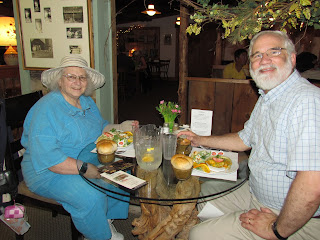 Linda & Wally at the Pinecroft Green Frog Tea Room
May 2012

Posted by WalterZed at 2:21 PM No comments: